The Language of Healing Touch 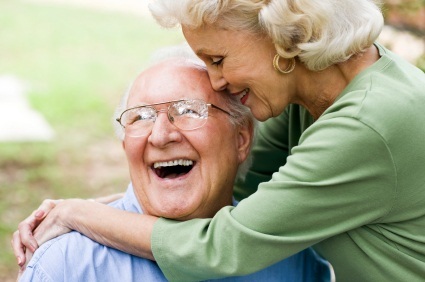 Skin is the body’s largest organ. It is richly endowed with billions of highly sensitive touch receptors, nerve endings that pick up signals from the skin’s surface and send them for processing to various parts of the brain. The skin’s vast size and extreme sensitivity make it one of the body’s most efficient means of communicating with the external world.

While music is sometimes referred to as a “universal language,” the language of touch is, in fact, vastly more universal. From time immemorial, humans have used the language of touch to communicate without words, to express love, sympathy, encouragement, comfort, and a host of other human emotions. Touch is used in all societies to maintain social connections, to establish a spirit of communitarian fellowship, and to encourage cooperative behavior. Even among animals, touch, especially in the form of grooming behavior, is a fundamental part of establishing and maintaining social bonds.

The very fist language a newborn baby is exposed to is the language of its mother’s loving and adoring touch. At the other end of our lifespan, as we age and verbal language begins to fail us through loss of hearing or the decline in our cognitive abilities as a result of dementia, our sense of touch remains unaffected until the very end. It is for this reason that massage therapy is such an effective means of communicating with the elderly as well as addressing some of the other problems associated with aging.

Studies have shown that gentle prolonged massage increases the production not only of oxytocin, dopamine, and norepinephrine, but also of beta-endorphins, the brain’s natural pain killers, and nitric oxide, which induces muscle relaxation and stimulates the immune system.

Massage therapy for the elderly is particularly effective in a number of areas. Studies have shown that it alleviates aches and pains and joint stiffness resulting from various forms of arthritis; it promotes blood circulation, which tends to slow down following the long periods of physical inactivity that are common among those who have limited physical mobility; it boosts the immune system, which usually becomes increasingly compromised as we age; it relaxes the body, relieves stress, and calms the mind following periods of agitation that may arise from the disorientation caused by dementia; it lowers the blood pressure of those suffering from hypertension and lifts the spirits of those affected by depression; and it reaffirms the loving, caring presence of human beings and the availability of continued human contact for those whose other senses may have become severely impaired through aging.

Given all its numerous benefits, massage therapy will certainly have a major role to play in the holistic services provided to members of AlfredHouse’s Himalaya Club.

46 Responses to “The Language of Healing Touch”